My Blog Has a follower?

There's a storm outside my window right now..and my feelings are pretty much the same.
Yes, another event is over and I have to deal with the withdrawal symptoms, but this is no ordinary event, it's Comic Fiesta. Most of us wait a whole year for it, with so much of anticipation and expectation, and suddenly before you know it, it's over. 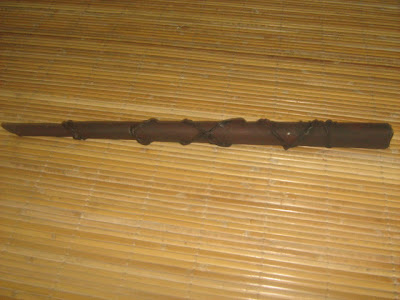 Virgilia' wand..completed the day before CF..from cardboard and hot glue.

I know most of my friends are dealing with the after effects of CF as well, and it comes out in really strange ways..like out of character emo-ness on Facebook.

But when all's been said and done, I really had a blast. 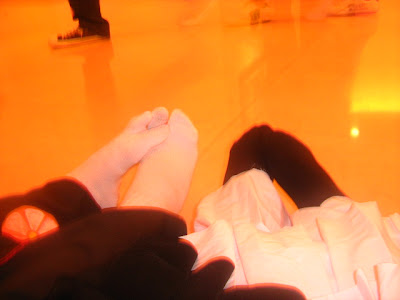 This year it was held in Berjaya Times Square Hotel's Manhattan Ballroom from Dec 18-19. Really crowded, like no oxygen I'm in the old Puduraya on Hari Raya eve kind of crowded. 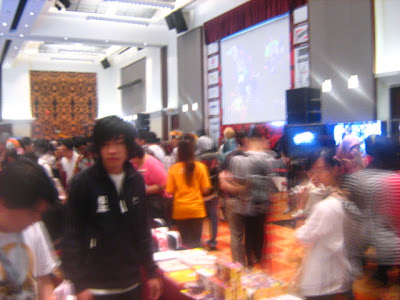 Okay, I know, the picture doesn't depict it. That's because this was taken really early on the first day, when everyone was still lining up for tickets.
( I pre-booked mine..yay!).

Right..let's skip the boring parts..and on to the Top ten CF 2010 moments, in no particular order. 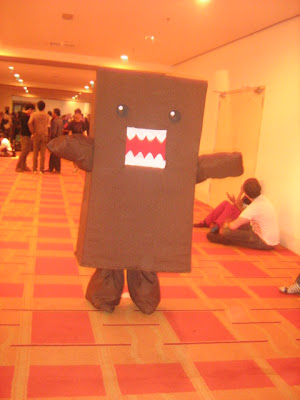 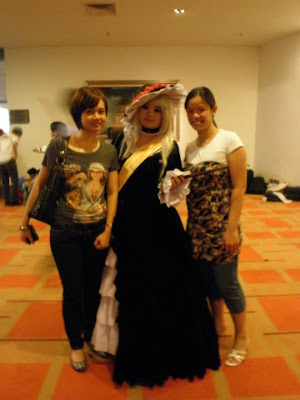 -Berth and Flo stopped by, even though they weren't into this kind of thing, but they made an effort at the end of day 1 to come say hi and take pictures *hugs*. It was Bert's first time being exposed to cosplay and she found it interesting to the max. ( I really enjoyed sitting on the toilet floor and talking to you both) 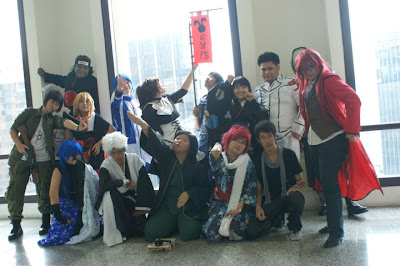 (pic courtesy of KaoruRanRan)
-Hanging out with Nekos and Bunnies on day 2, having lunch and shooting random videos. 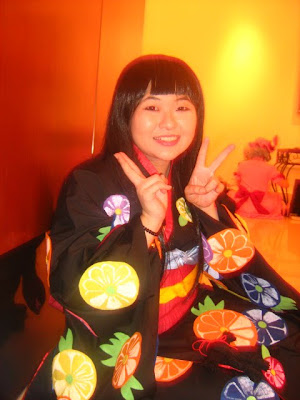 -Being followed by Enma Ai (woots Sin-Lin) on day 1 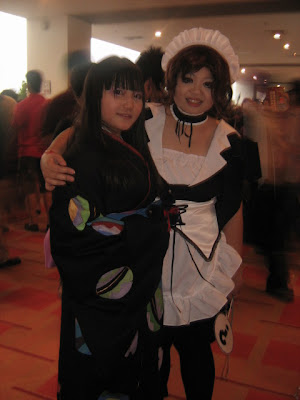 -and again on day 2 (woots Kumiko), somehow, Wonder if I have an invisible "please stick with me, Jigouko Shoujo" sign on me back. 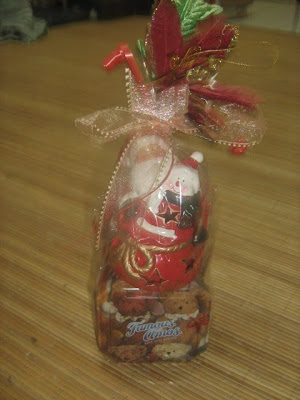 -Having Sin Lin, Tim and Jeremy stay over and getting my first christmas gift from them
Sankyu sankyu. 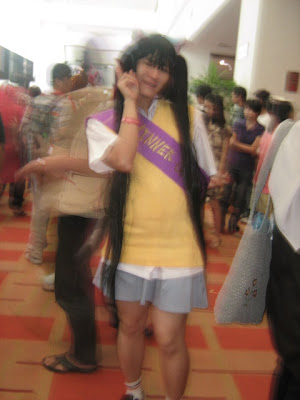 -Male crossplayers...what can i say..I *hearts* them... I can't help it. I actually wish there were more for me to fangirl. Above is guest18 as azu-nyaaan, winner of the 2010 saimoe award. 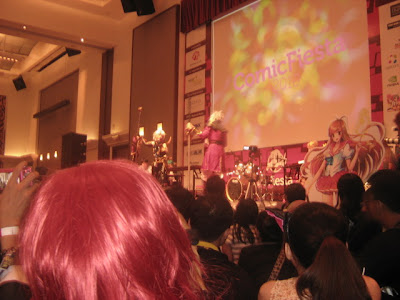 -watching performances and the final cosplay solo competition on day 2..while Sitting Down..that's such a miracle..to get to seeet down. Fav perf was Shiomaru..but I was so blown away by her voice i didn't take any pics, and of course The Version 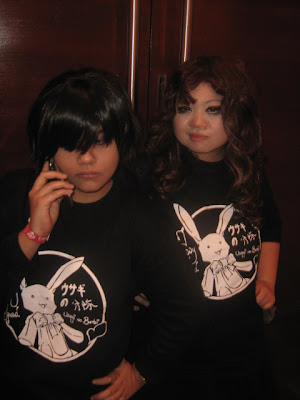 -Finally, receiving and getting to wear the Bunny Squad T-shirt, then taking emo poses with Shiki. 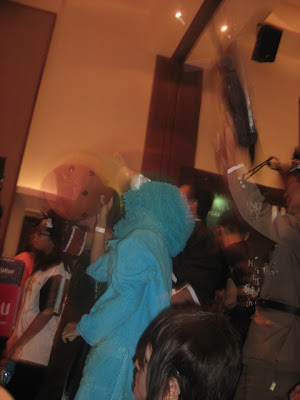 The-end..now I shall go into a corner and continue in my depressed state.

My life seems be from one controlling b**tard to another. I wish it was legal to gauge someones eye out with a fork.
Posted by michelle_upm at 2:08:00 AM No comments:

God,
Isn't it unfair,
that those who ruined my life,
get off scott-free?
Posted by michelle_upm at 1:13:00 AM No comments:

Dad, I'm really sorry.
I think I've focused too much on what i don't have,til I've forgotten to see what I do have. You are good, and I will never forget it. Teach me to never forget it.
I'm thankful for this thing called cosplay. Whatever others may say about it, I know somehow, you meant for me to be here.
What is salt, if it stays only in the shaker?
So,
what is Michelle, of she stays only in one place, with 90% of the people in her phone list being all one type?
Whatever others may perceive, this is my worship to You,
to bring encouragement, kindness and hope wherever needed.
To be a friend.

Thank you for showing me the answer to my question,
when I said, how could I possibly be in the ACG community? It's like entering blindfolded into the wilderness, not knowing if I'll be safe, or hurt, or even if my current friends will abandon me.
I thank you, because only hours after I asked this question,
there they are...
Vocaloids..
having lunch at Papa Rich..before a photoshoot.
Posted by michelle_upm at 7:58:00 PM 1 comment:

I've followed all your rules,
and yet,
I am unhappy.